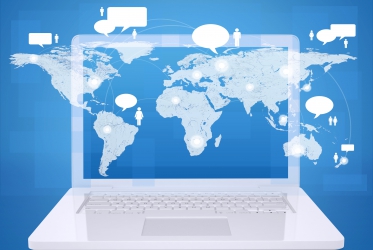 The three-point line is an arch drawn on a basketball court about 20 to 24 feet away from the basket, depending on which league you are playing in. A field goal made from inside the arch is worth two points, but one made from beyond the line is worth three.

The three-point line was first tested in 1945, but not adopted by the NBA until 1979. By sport’s standards, it’s a fairly modern invention and was largely seen as a marketing gimmick. In the 1980s, it was finally adopted and standardized by all the professional leagues.

Social selling, or using social media during the prospecting and sales function, may very well be the “three-point line” of the sales world. It is a modern-day creation that can be perceived as a marketing gimmick or a cheap stunt, but it has been around for almost 20 years and people are now starting to see its real value.

Social selling doesn’t fundamentally change the way you prospect or sell, but it does change the rules and can revolutionize your strategy, just like the three-point line did for basketball.

Read the rest on the Sandler Blog!

Book Mike for your Next Event

How to Succeed Podcast

How to Succeed at Customer Service
Scroll to top